Since March, I’ve taken up a new hobby which recently started bearing fruit. Literally. Yes, I am talking about gardening! Not just any gardening, but extreme windowsill hydroponic gardening. Kidding about the extreme part. Since I live in an apartment with no yard space, I had to make due with what I have which was a windowsill. Rather than bore you with words, I’ll show you with pictures!

First, I’ll start with my initial vision of my windowsill garden. I imagined a row of lettuce, bok choy, green onions, and basil that I can harvest a couple times a week. I was hoping my lettuce would grow better, but they were receiving too much sun in the summer. That’s why they’re so long and thin.

If you noticed in the caption of the first picture, I deviated from my vision a little bit trying to grow zucchini and cucumber. This is where things took a wild turn. You’re probably thinking, “Wild? How can plants possibly be wild? Plants are the most mundane thing ever!” Well, one thing led to another, and below is the end result after just 47 days.

Pretty wild isn’t it? I think so. I never would have imagined harvesting cucumber and squash from my window. So, I’ll jump back to the beginning of the journey to show how I got to that point.

I took this photo 5 days after germinating the zucchini. I had to wrap the seed in a wet paper towel until it sprouted. Then, I placed it into the plastic cup with the clay pebbles. Even at the start, I knew this plant would grow large, but I wanted to see where things led instead of discarding the plant prematurely.

Just 4 days later, its first true leaf sprouted, and I had to place it in a larger container. I am amazed at this growth from the tiny seed it started as. Before repotting (or rebucketing?), I didn’t even add plant nutrients yet. That means all that growth came only from water and whatever was inside the seed.

For the next 10 days, growth was pretty status quo. At this point, I realized there’s likely quite a bit of growth before I can expect any fruits. Yes, cucumbers and zucchini are fruits. I decided to continue to grow them to see what happens and scrap them once they get too big.

Checking in on some of my other plants, the basil has been growing pretty well. It looks wilted in this picture because it needed water. I also harvested the bok choy to make more room for the zucchini. 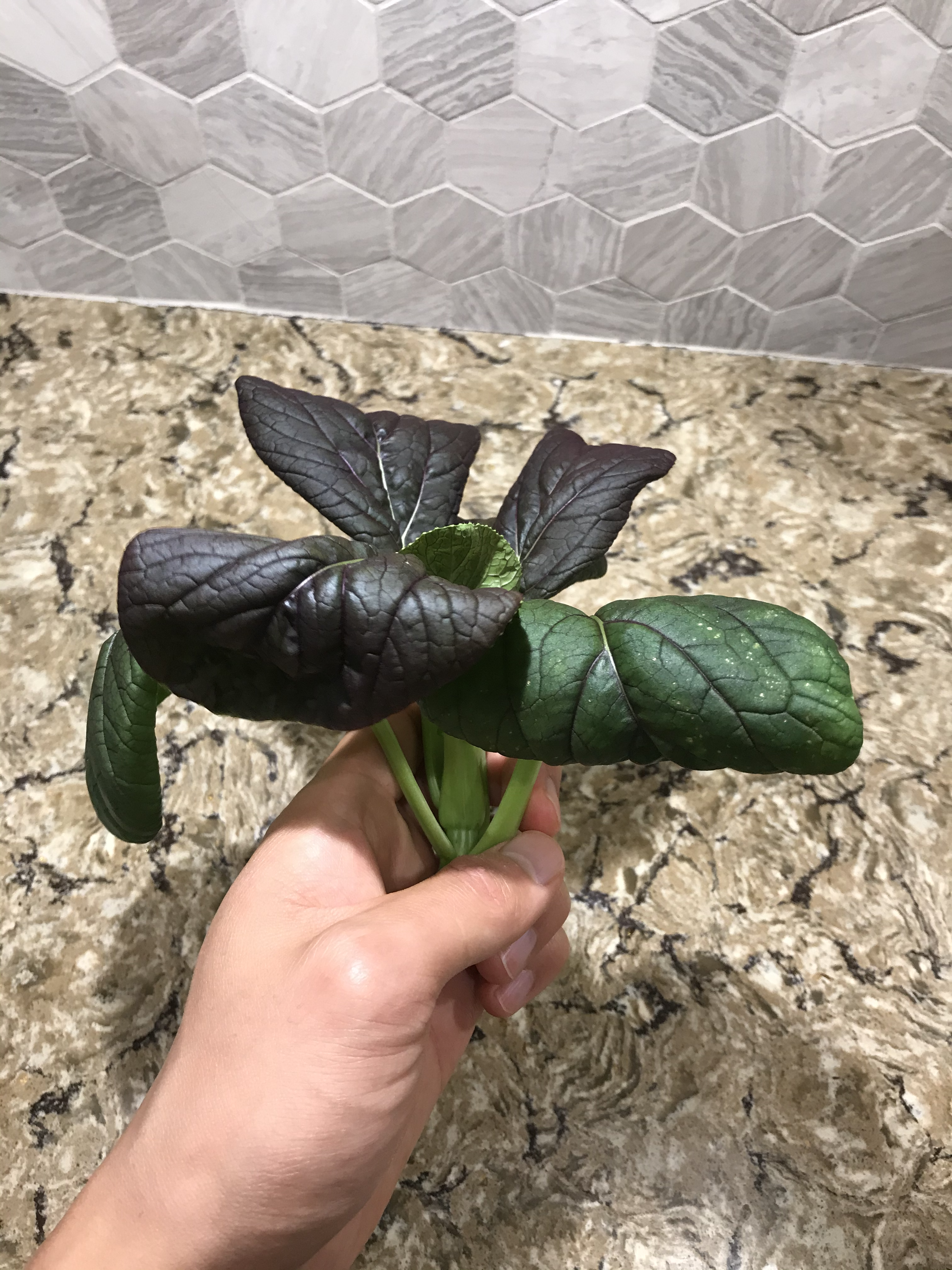 Once I moved the cucumber to a larger container, I decided I was in it to win it. I’ll do what I need in order to get these plants to fruit. If you look carefully in the picture, you’ll see some plastic tubing. I installed an air pump to give the plant roots oxygen to breathe instead of sitting in stagnant nutrient solution. This almost immediately accelerated their growth. 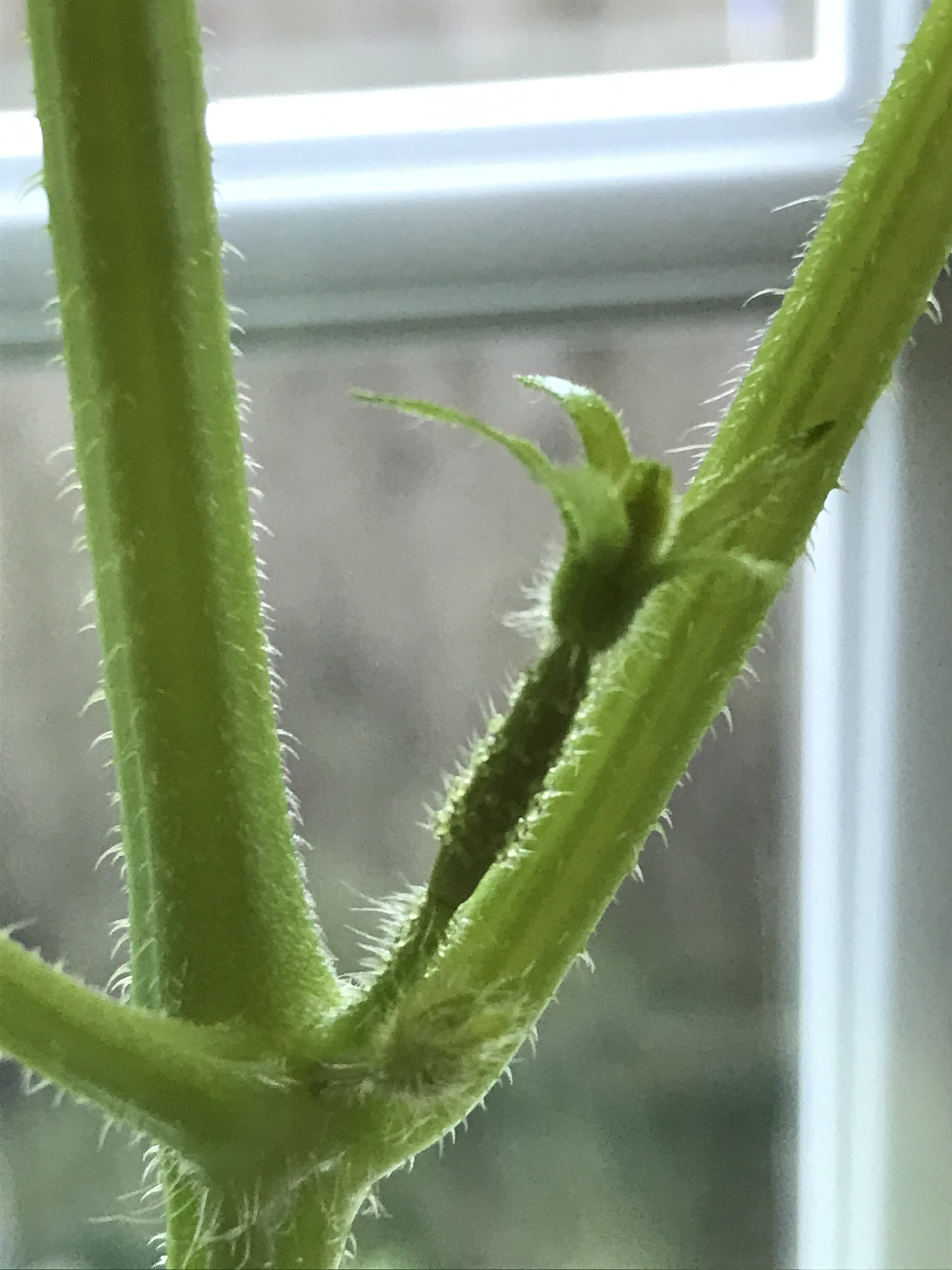 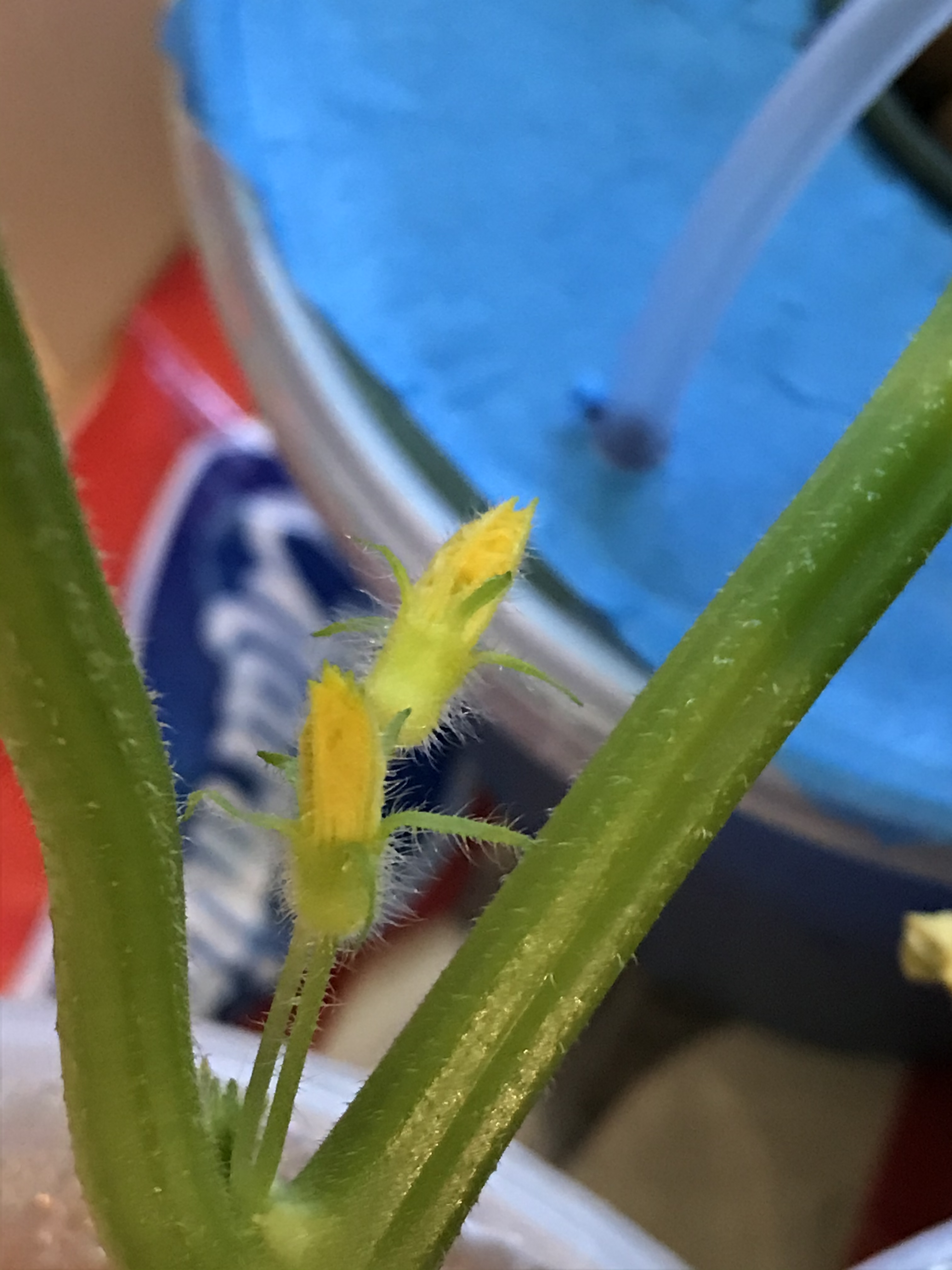 Day 38 was when I came back to my apartment after being gone for 4 days. What a surprise I came back to! The zucchini started flowering, which was nice to see but attracted quite a bit of flies. Luckily, I was able to get the pest situation under control quickly without any reoccurrences.

One of the coolest things about hydroponics is the ability to see the plant’s roots. As you can see above, the cucumber plant has nice and healthy white roots.

Once I pollinated the cucumber flower on day 40, it started growing and growing.

Day 45: Ready to be harvested 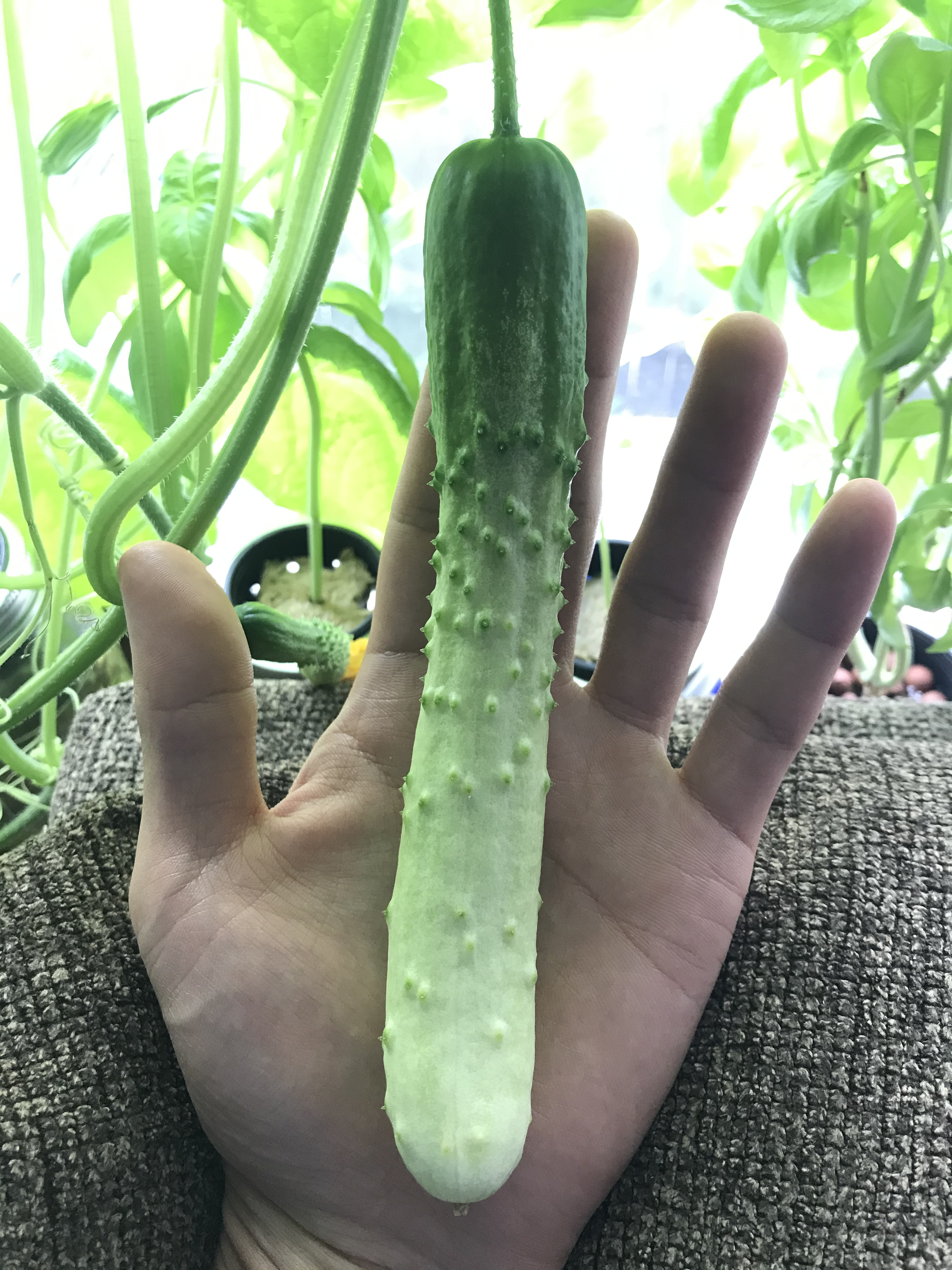 At long last, I was ready to harvest my first cucumber!

The fruits of my labor were finally realized. It was nice and refreshingly sweet, although I wish they grew a little bigger.

I hope you enjoyed the journey through my time in quarantine. Before you leave, I just ask that you answer one question.

Hope you all stay safe during these times!

2 thoughts on “My Quarantine Dream”